If I asked you to think of a professor, a farmer or a footballer, a visual image is likely to come into your mind. You might think that the professor is eccentric and the footballer rich and famous. These are stereotypes – images that pop into our heads when we think of a particular type of person or group of people. We could call stereotypes ‘effortless brain reference points’.

We all have these images and ideas that come to mind, and this does not necessarily need to be a problem – as long as these stereotypes do not affect our attitude and behaviour towards individuals. For example, it’s not good if we make assumptions about an individual based on a stereotype (e.g. all old people are weak and need help) or if we tease somebody because they do not conform to a stereotype (e.g. a boy that hates football). To prevent these assumptions and negative behaviours, we have to be aware of and be able to challenge the stereotypes we hold.

Stereotypes, of course, play their part in the development of prejudice. Prejudice or deciding something about a person before you even know them as an individual, can be fuelled by stereotypes. We might decide that a scruffy person is not to be trusted based not on the merits of the individual but on our preconditioned idea about all scruffy people.

Working with children to challenge stereotypes and prejudice is highly worthwhile and helps them to celebrate the fact that we’re all individuals that nobody can make accurate assumptions about whatever we look like from the outside and whatever groups we belong to. The following tried and tested ideas can be used to explore these issues. 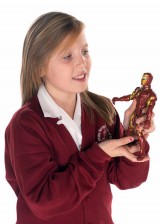 Challenging gender stereotyping is a good place to start with younger children. Show children a picture of a girl and a boy. Call them Emily and Jack and ask the chidren which of the two they think each of the following statements is describing.

When the children have made their guesses challenge any sexual stereotyping they have done by explaining, for example, that it’s Jack that likes dressing up and both of them like playing football etc. If children react negatively to any of the counter-sterotypes, challenge them further by asking “What’s wrong with Jack liking dolls?” etc.

Alternatively give pupils a unisex name such as Sam, Ali, Pat, Chris or ‘this child’ and tell pupils that they’re going to make up some details about this child such as:

Then ask pupils to disclose the sex they thought their child was and investigate and question any sexual stereotyping the pupils might have exercised.

Ask if pupils think it’s fair that there can be different rules for girls and boys, what happens if these rules are broken and which rules they think should be challenged.

The following activity illustrates prejudice powerfully. Ask pupils to write down whether they’re leftor right-handed, the colour of their hair and their eyes, and share the following table with them.

Explain that on the made-up island of Assum people believe these facts (written in the table) about individuals based on left- or right-handedness and hair and eye colour. Demonstrate what would be believed about you (the teacher) and then ask pupils to work out what the Assum people would believe about them.

Some points for follow-up discussion can include:

• How did it feel for someone to make assumptions about you based on nothing other than what you look like?
• Prejudice is when people make assumptions about people before they know them. Is prejudice fair?
• What would be the best way to teach the people from Assum that their prejudices were not necessarily correct?
• What is wrong with prejudice?

Using photographs of people is a great way to explore assumptions and challenge stereotypes. You could use these photographs or collect some of your own.

1) Ask pupils to decide (in their heads) which one of these six people in the pictures they would most like to have as their teacher. Most children can and will choose someone. This highlights that most people do make assumptions about people based only on what they look like. This is not always helpful as you can never really know what a person is really like until you have got to know them.

2) Ask everyone to guess which:

This usually illustrates that the assumptions we make based just on what someone looks like can often be wrong.

Molly Potter is an author, SRE development worker for primary schools and the creator of a host of PSHE resources for KS1 and 2.

How to win parents over on open day