It might seem a bit of a stretch to expect children in Y5 and Y6 to read and enjoy the often brick thick works of Charles Dickens. However, if they delve inside the pages of his stories, they will discover unforgettable characters, spinetingling scenes and cliffhanging situations, as well as ideas and themes that still resonate today. But where should they start?

In his writing, Dickens explored the realities of life for children in Victorian times. This can be a great starting point for your class to enter the world of Dickens. From the workhouse to the classroom, children can compare and contrast the experiences of the characters that Dickens created with their own 21st century lives. 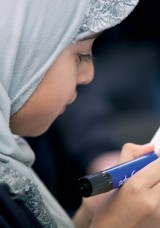 Dickens brought the dangers and cruelties of Victorian England vividly to life through characters such as Jo, the crossing sweeper in Bleak House, and his depiction of settings, such as the fictional Dotheboys Hall; the brutal school from Nicholas Nickleby. The introduction of these characters and settings - using extracts from the original texts, dramatisations of key passages, and selected clips from film and TV adaptations - can be woven into a broader study of the Victorian era, exploring areas such as education, child labour and the differences in the lives led by children from different social classes. The BBC Schools Primary History website (bbc.co.uk/schools/primaryhistory) provides some excellent resources about life for children in Victorian Britain.

Dickens’ novel Oliver Twist provides young readers with a child’s eye view of the dark side of life at this time. The social problems of child cruelty, poverty, gangs and crime all have relevance for children today and can be sensitively explored through the context of the young orphan Oliver Twist’s adventures. Using graphic novel adaptations of the text or even the musical version Oliver! can help children to engage with and enjoy the story, whilst activities based around extracts from the original text can be used to develop literacy skills.

Dickens’ stories are filled with memorable characters, many of whom live on in our culture today. Ebenezer Scrooge, Miss Havisham, Fagin and Uriah Heep are all brought to life in our minds through Dickens’ masterful characterisation. From the names that he chose to the vivid descriptions that he penned, Dickens captured his characters on paper in a way that enables readers to relate to them as real people. This adds to the power of the stories that he tells, and by helping children to explore theways in which Dickens crafted these unforgettable characters, they can learn how to create their own.

You could use the following sequence of activities to help you:

1. Create a card-sort activity where children match ictures of Dickens’ characters to their original descriptions. The Children’s Books section of The Guardian’s website (guardian.co.uk/books ) has an interactive wall chart illustrated by Chris Riddell that could be used to present this activity using an IWB or digital projector.

2. Encourage children to pick out the descriptive details that helped them to make each match. You might want to provide a glossary for some of the more challenging vocabulary. Highlight how Dickens describes a character’s physical features, clothing, manner and speech, as well as their personality, to create a picture in the reader’s mind.

4. Challenge children to invent their own Dickensian characters. You might want to suggest some potential Victorian occupations such as rat-catcher, flower-seller or pickpocket to help them get started. First, ask them to list five things about the character – this might include any distinguishing features, the clothes they wear, the way they speak and their personality traits. Then get them to invent an appropriate name for this character. Encourage them to use powerful adjectives, similes and metaphors to help bring their character to life.

As well as the success and fame that Dickens achieved as an author, he also had a back story that would put a Britain’s Got Talent grand finalist to shame. When he was a child, his father was imprisoned for debt and, at the age of 12, Dickens was sent to work in a shoe-polish factory to help support his family. In later life he narrowly escaped death in a fatal train crash and was hailed by the public as a hero for his efforts in helping the injured and dying. 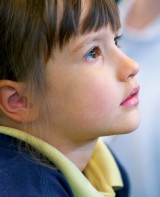 Investigating Dickens’ life can give children a greater understanding of the influences behind his writing, as well as helping to develop their research and library skills. The cartoon ‘Life of Charles Dickens’ on the BBC website provides an animated potted biography of the writer that can used to support this research (bbc.co.uk/drama/bleakhouse/animation.shtml).

Draw connections between Dickens’ fame as an author and that achieved by celebrities today. Explain how Dickens was an accomplished actor who toured Great Britain and America performing readings of the ‘greatest hits’ from his books to adoring crowds. Dickens’ popularity was driven by the fact that he wrote his books in serial form – published in sections of a few chapters at a time – making them affordable to a much wider audience. To keep his readers hooked and eager to buy the next instalment, Dickens often used cliff-hanger endings, just like soap operas do today.

To illustrate this, present the closing extract from chapter 22 of Oliver Twistwhere Oliver awakes the residents of the house Bill Sikes is burgling. Get children to storyboard this scene as the cliff-hanger ending of a soap opera episode. The results will often illustrate how Dickens is in many ways the most modern of authors. 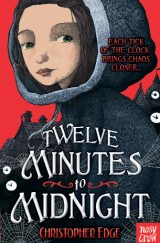 Penelope’s masterly tales of the macabre are gripping Victorian Britain, even if no one knows she’s the author. One day, a letter she receives from the governor of the notorious Bedlam madhouse plunges her into an adventure more terrifying than anything she has ever imagined. Twelve Minutes to Midnight is available from all good bookshops. For more information please see nosycrow.com

Children’s author Christopher Edge worked as an English teacher, editor and publisher. When not writing, he also works as a freelance publisher and education consultant and has written publications about encouraging children to read.

Teachers are our greatest asset, so why do we invest so little in CPD?

A letter to myself on retirement from teaching