Children shouldn't be encouraged to 'grow out' of picture books, suggests Robert Watts.

During a recent visit to a Y6 class, I noticed a girl quietly enjoying the book she was reading. I could see it was a picture book, though I couldn’t make out the title as she purposefully kept it on her lap, carefully hidden from her classmates. Noticing my interest, she suddenly snapped the book shut and slipped it under her desk. I asked why. “This is my favourite book,” she explained, “but I’m not allowed to read it any more. I’m too old.”

As they move up the school, young readers are inevitably encouraged to progress from simpler to more complex texts. ‘Going up a group’ is a target that all children aspire to achieve, yet in doing so they often discard the books that inspired them to read in the first place. The Gruffalo, Percy the Park Keeper and the Cat in the Hat consequently find themselves getting crushed in the rush to complete the latest Harry Potter.

Yet the best children’s books succeed on several levels, one of which is the interplay between text and illustrations: Quentin Blake’s spontaneous sketches, for example, form a perfect partner to the richness of Roald Dahl’s stories. One author who has done more than any other to demonstrate the integral role of images in children’s books is Anthony Browne. Recently appointed as the new Children’s Laureate, Browne is determined to use his role to promote illustrated texts. “Picture books are for everybody at any age, not books to be left behind as we grow older,” he explains. “The best ones leave a tantalising gap between the pictures and the words, a gap that is filled by the reader’s imagination, adding so much to the excitement of reading a book.”

Browne’s recent offering, Little Beauty (Walker, 2008) is a prime example of the potential of the picture book. It is the story of an unlikely friendship between a gorilla and a kitten based, apparently, on a reallife story from a Californian zoo. The text is simple and accessible to younger readers yet the illustrations are complex, with detailed watercolours occasionally interrupted by rough pencil sketches juxtaposed against collaged backgrounds. There’s also an interesting subtext that will encourage children to reflect upon issues of stereotyping, as a television set is destroyed in protest at a Hollywood depiction of gorillas.

On these pages you’ll find a selection of ideas for work in the classroom inspired by Little Beauty. The activities not only offer children opportunities to engage in creative work in literacy and art and design but also to reflect on the value of images in their books.

A sense of perspective

One of the central themes of Little Beauty is the contrast in size between the gorilla and the kitten. In reponse to this, children will enjoy composing their own shots to create photographs that play with concepts of scale.

• Work in groups of three: one child stands close to the photographer while the other stands in the distance (use the playground / field)
• The first child extends one hand while the photographer looks at the image on the camera screen
• The photographer will need to direct the other children to align themselves so that the child in the distance appears to be standing on the hand of the other child
• Once the principle is established, encourage children to experiment with other surreal combinations
• Extend by using software such as Photoshop to change the scale of figures onscreen

Use collage to create unusual combinations…

Making collages is a great way to carry out experiments with scale. Develop the theme of contrasts by making collages that juxtapose images of different types and sizes.

• Ask children to gather a collection of images from a range of magazines – suggest that they each focus on a different theme, e.g. people, objects, buildings
• Cut carefully around each of the images and spread them out across the table
• Encourage children to look for images that they think will work together in unexpected ways – a baby talking into a mobile phone, perhaps, or a child towering over a cityscape
• Place the images together in different combinations before deciding which is the most interesting juxtaposition, then paste into place

Because not all gorillas go ape…

Little Beauty encourages children to challenge stereotypical views and portrayals. Having formed an unlikely alliance with a kitten, the gentle gorilla is so angered by the sight of a rampaging King Kong on television that he puts his fist through the screen. Gorillas, it is suggested, are poorly served by such representations, and the zookeepers, believing that the gorilla can no longer be trusted, respond by trying to remove the kitten.

There is speculation that the gorillas that feature throughout Anthony Browne’s work are inspired by own father, a physically strong, powerful man who was also interested in reading, drawing and writing poems. Ask children to reflect on situations in which they have encountered stereotypical images or behaviour, either in the media or their own lives, and encourage them to use these experiences to write their own stories inspired by the theme of challenging stereotypes. 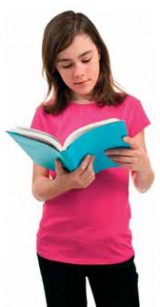 Think about truth and lies…

Now, while the prospect of kittens communicating false confessions to zookeepers may not be the most realistic of scenarios, there is an underlying question that children will be interested in exploring: is it always wrong to lie? Are there circumstances in which it is justifiable? Use these questions to stimulate a class discussion on the theme. Encourage children to articulate their thoughts, to justify their opinions and to listen to each other carefully.

Robert Watts is a Senior Lecturer in Art and Design Education at Roehampton University, London and coeditor of Teaching Art and Design 3-11: the Essential Guide (Continuum Books, 2005)

How to win parents over on open day