Sue Cowley shares four ways to put pupils in a positive frame of mind for learning...

This activity is great for showing children that art is about interpretation, that we don’t all see the world in the same way.

• Each child will need a small whiteboard and marker if drawing while sat on the carpet, or several sheets of paper and a pen if drawing at their desks.
• Explain to the class that you’re going to give them a word that describes an emotion: sad, happy, angry, fed-up, and so on.
• Say an emotion, and get everyone in the class to practise making a face that looks like that feeling. Look at each other and talk about what the emotion looks like.
• Now, explain that, when you say ‘go’, the children will have one minute to draw a picture which sums up that emotion for them.
• This might be the image of a face, but it could be a picture of something entirely different.
• Compare the images the children create – are there any striking similarities or differences? Repeat for several contrasting emotions. 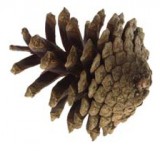 Introduce the words we use to describe different textures, and what various textures feel like. You could use this to lead into a craft activity using textures, or to explore textures and art in the natural world.

• Gather together a variety of objects, which have very different textures. You might like to divide these up into natural and man-made materials.
• For instance, in your ‘natural’ bag you might have stones, pebbles, pine cones, wool, sandpaper, and so on.
• In your ‘man-made’ bag you could have polystyrene, velvet, bubble wrap, foam, foil, etc.
• Put these objects into a bag, so that the children can’t see them (you could have two separate bags for natural/man-made).
• Ask for a volunteer to come to the front of the room, put a hand into the bag and take hold of one object. The pupil must now describe the texture and shape to the class, rather than saying what the object is.
• The other children should try and guess what the object is, just from the description. 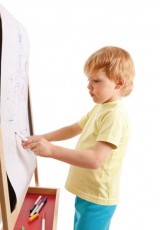 This starter gets your children using descriptive language, and thinking carefully about what they see.

• You’ll need a fairly simple picture for this activity – graphic designs work well – plus an easel or stand.
• Set your picture up on the easel, positioned so that the class cannot see it.
• Ask for a volunteer to come to the front. Your volunteer must describe the picture, in such a way that the other pupils are able to draw it.
• As the volunteer describes what they see, the other pupils draw what they think is in the picture.
• Once the description is finished, turn the picture around so that the class sees what it really looks like.
• How accurate have they managed to get their copy, simply by hearing the original picture described in words?

Encourage your pupils to think about the elements of a ‘good’ design.

• Get hold of a selection of kitchen equipment – things like scales, lemon squeezers, tin openers, colanders, garlic crushers, and so on.
• If you have enough objects, put a group of similar ones on each table (i.e. one group has all the lemon squeezers, another group has all the sets of scales).
• Quiz the class: can they tell what an object does, just by looking at it? Out of the different objects, which will perform its job best? Which is easiest to use?
• Where possible, get the children to actually try out the objects, i.e. squeezing some lemons or weighing some pasta.
• Introduce the idea that objects can be useful or beautiful, or both. Show the class a picture of Philippe Starck’s lemon squeezer – see http://www.guardian.co.uk/technology/2008/sep/29/yanko.design.form.function
• Why do they think it was designed in this way? Do they think it actually works well as a lemon squeezer?

Make every lesson an experiment

Join the tribe with a stone age forest school

If music is a right, not a privilege, why are some schools without instruments?